Switch To A Different Campus

Lloyd M. Bentsen Jr. Elementary: Together or Apart, Teaching is in our HEART! 💓

Our Staff believes ALL students can learn.

Success for every student.

To the extent of their individual abilities, students will be provided the opportunity to develop the ability to think logically, independently and creatively and to communicate effectively. 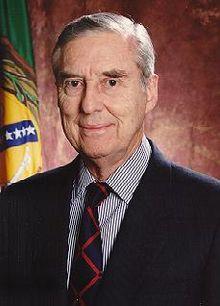 Lloyd Millard Bentsen, Jr. (February 11, 1921 – May 23, 2006) born in Mission, Texas was an American politician who was a four-term United States Senator (1971–1993) from Texas and the Democratic Party nominee for vice president in 1988 on the Michael Dukakis ticket. He also served in the House of Representatives from 1948 to 1955. In his later political life, he was Chairman of the Senate Finance Committee and the U.S. Treasury Secretary during the first two years of the Clinton administration.